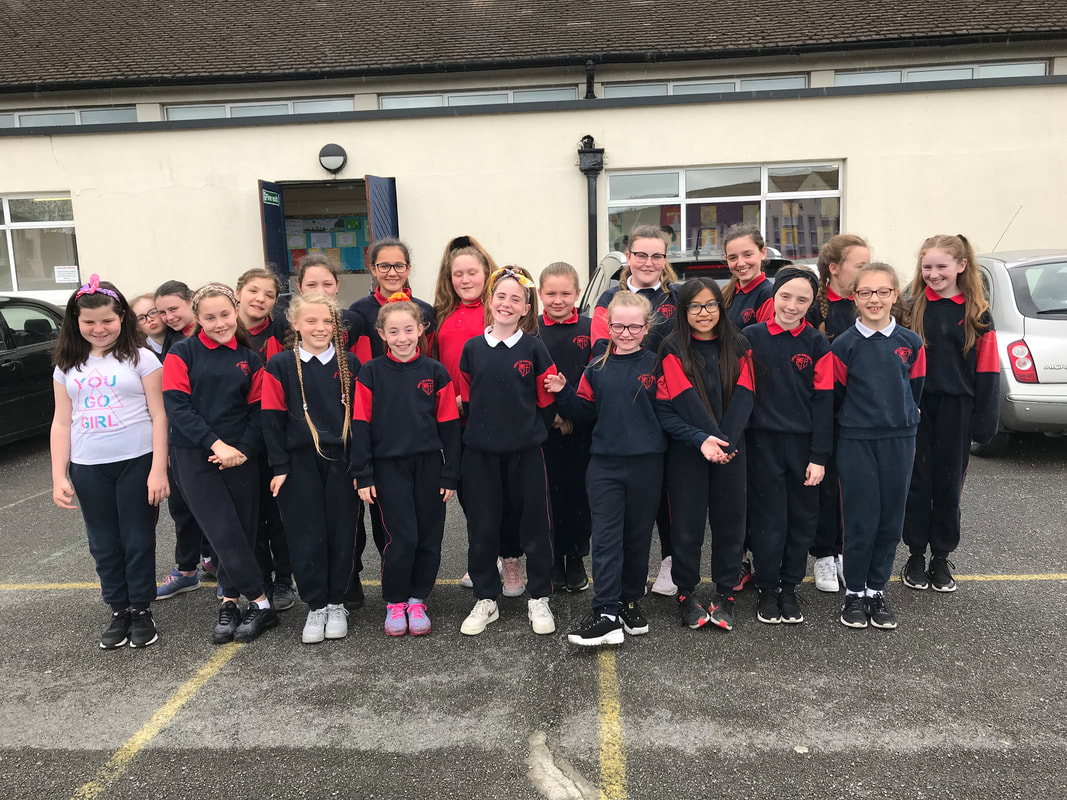 Welcome to our 5th class page!
Our teacher this year is ms. quinn.
we are very lucky to also have our sna, tanya.

SEPTEMBER
In September, we got back into the swing of things at school.
In Art, we learned about a painting technique called 'Pointillism', and used it to create our own images of Autumn Trees.
We think they turned out very well.

OCTOBER
​In English, we are learning about Procedural Writing.
We worked in groups to create a new game and together we wrote out the instructions on how to play it.
We then played the games that we created in P.E.
On Friday 5th October, we went on our Crazy Hat Walk!
We were very proud of our creative hats, and had fun raising money.
In November, we learned about motte and bailey castles in SESE. The children had a great time creating their own motte and bailey castles in groups, using recycled materials such as cereal boxes and old cardboard.
"Messy but worth it for the results", was a common opinion!
​
We also learned how to sketch in Art. The children worked very hard. It takes a lot of discipline to successfully draw a realistic eye. We think they did pretty well!
March was a busy month for 5th class. We were lucky enough to go on a school trip with 6th class to the Microsoft Headquarters in Leopardstown. The girls were so excited to be there and were amazed at the structure of the building and what they could do with technology. They made picture stories in groups using Microsoft tablets and presented them at the end. It was an amazing day!

Later on in March, we were back in the garden with Tina. We cleared out the flower beds and sowed seeds.

We also found out the winners of the "Write a Book" competition from 4th, 5th and 6th class. Congratulations to Amy who won the Merit Award for her book entitled "The Environment Book". She was presented with it and a certificate at a special ceremony. She is also lucky enough to have her story published in the "Write a Book" book which will be out later this year.
Amy also won the school Spelling Bee along with another pupil in 6th class, and they went on to represent the school at the North Dublin Spelling Bee competition in Sutton. Well done Amy.
In April, Junior Infants were kind enough to let us sneak a peak at some visitors in their classroom. Three baby chicks hatched in an incubator just in time for Easter!

In May, we did a Science experiment about Floating and Sinking. The girls observed the items that were going to be tested and made predictions in their copies as to whether they thought the objects would float or sink when we placed them in a basin of water. The whole class got involved in this. It was great fun.

In June, we paid a visit to Tayto Park for our school tour. We had a great time!